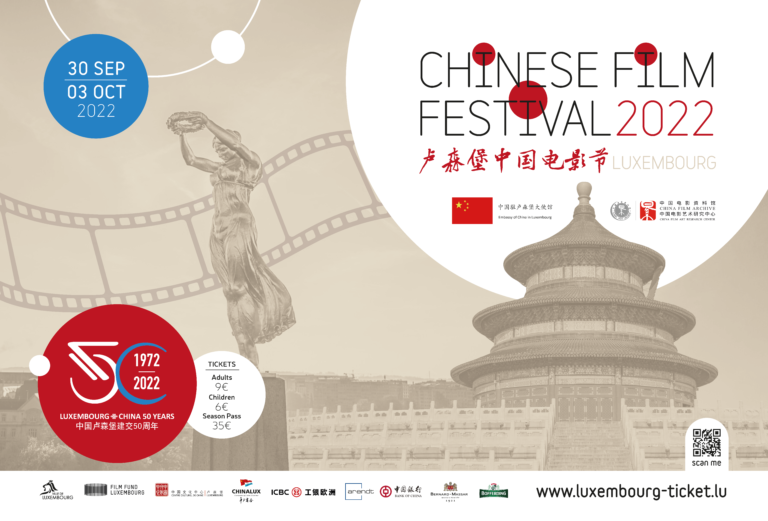 When the beautiful autumn comes to Luxembourg, the Chinese Film Festival also arrives. This is the first time that Chinese films will be intensively screened in Luxembourg, a country excels in multiculturalism. From 30 September to 3 October 2022, six contemporary Chinese films selected for the festival will be presented to Luxembourg audience in two cinemas, covering different genres of science fiction, animation, historical drama and more. Produced by China’s top artists, these films all performed very well in Chinese domestic market, we hope they will be also well received by Luxembourg audiences.

Through these six films, Luxembourg audiences could not only appreciate the charm of Chinese film, but also understand China’s past and present, the Chinese way of thinking, and the emotions and pursuits of Chinese people. This year marks the 50th anniversary of the diplomatic ties between China and Luxembourg, we hope the Chinese Film Festival will contribute to the cultural exchanges between the two countries and connecting the peoples.

We thank all the partners and audience for their huge support of the festival. Your thoughts and comments on the films will be very much appreciated. (Email:events@china-lux.lu）